Why Are First Class Airline Tickets So Expensive? 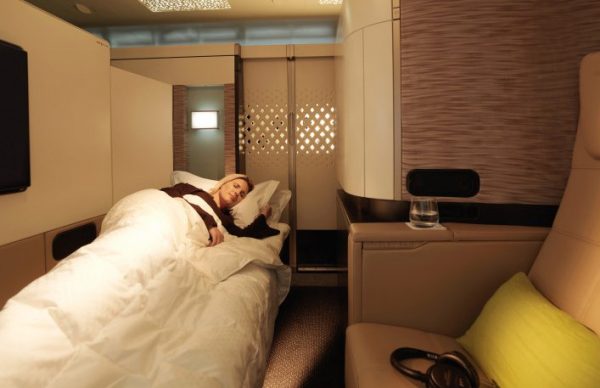 Real Estate – First-Class customers need expensive lounges at the airport, and take up an awful lot of space on board.

A real-world example to beat the system..

Just before we hit the ‘Buy’ button, unlike almost every traveler, we decide to get creative.

Why not buy a Business Class or First Class seat…
Then wrap it up with some ‘Cancel For Any Reason’ Travel Insurance from a Marketplace like AardvarkCompare.com.

We add a $300 Cancel for Any Reason Travel Insurance policy from AardvarkCompare.com. 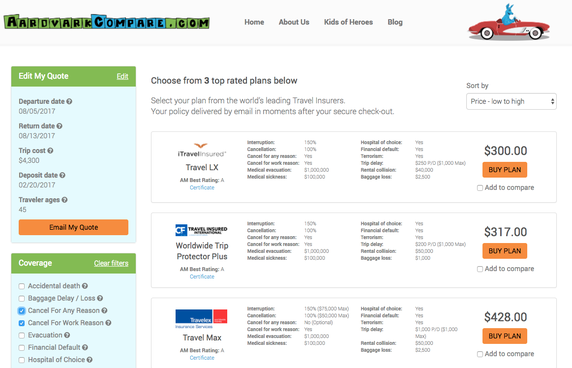 So, for $4,600 we are paying $400 more than the traveler with the Refundable Economy Flight.

Probably the only time in your life that you won’t mind if the flight time is a little longer than planned.
True understated luxury.

Let’s add a $450 Cancel For Any Reason Travel Insurance Policy from AardvarkCompare.com. 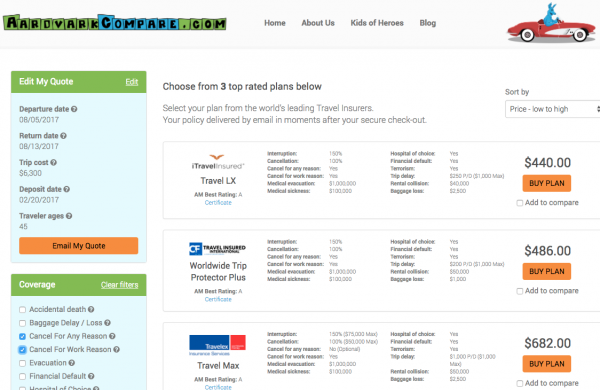 So, for $6,800 we are paying $2,500 more than the traveler with the Refundable Economy Flight.
How? Simply by being a little creative in our flight booking and adding an insurance.

Why does this work?

Simple – Travel Insurance is based on risk, and the probability of claim.

Flight prices are based on pricing models that try to gouge as much money out of a passenger as is humanly possible.

But, for those of you who would prefer to keep the airlines profitable, here is the price for that Refundable First Class Ticket. 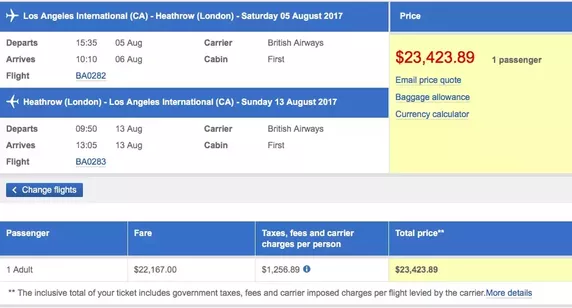